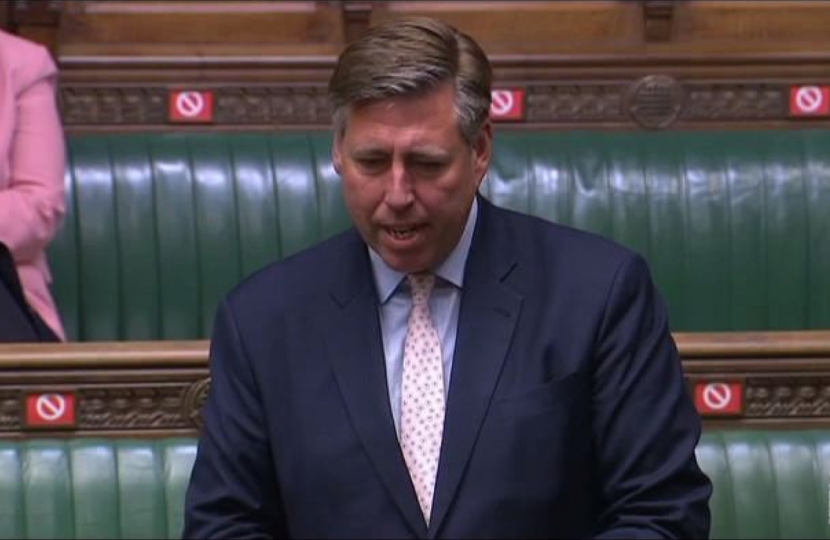 Welcome to May’s Newsletter, it’s been a busy month, during which the Prime Minister was advised not to see me alone (!) and I intervened in the Commons to try to save jobs at Manchester Airport.

The last week has seen a furore over the conduct of the Prime Minister’s adviser Dominic Cummings, some of this has been whipped up by left-wing press and orchestrated by political opponents or those that disagree with some of our key policies.

However, there has also been real and understandable anger from many people, contacting me, who think they have seen double standards applied.

Since the start of the pandemic, I have been arguing for arbitrary rules to be replaced with good information and an appeal to the public to exercise judgment and common sense, but the Government’s message has been blunt. This has meant an increasing number of people have suffered privations such as not seeing loved ones or being unable to say goodbye to close family who have passed away.

Dominic Cummings made a spur of the moment decision that he believed to be in the interests of his family. Without repeating the details, he said that he drove from London to Durham without stopping and stayed with his family in isolation until it was safe to return.

One interpretation is that he behaved in accordance with the rules but took advantage of the detailed exemptions to reflect his family’s situation as he saw it. However, for many of us it appears that this was certainly not in keeping with the spirit of the Government’s message.

I have received hundreds of messages from constituents, mostly from those who are angry that Mr Cummings has retained his job. As Chairman of the 1922 Committee I also receive the views of parliamentary colleagues on both sides of this contentious issue and I have had the opportunity to pass the views of constituents and colleagues to the Prime Minister in person. It is obviously a matter for him to choose his advisers.

Read more by downloading the newsletter below...

Over Easter weekend I was asked to write a piece for the Sunday Telegraph on how
the state is reaching too far into our lives; there is a link to the article: