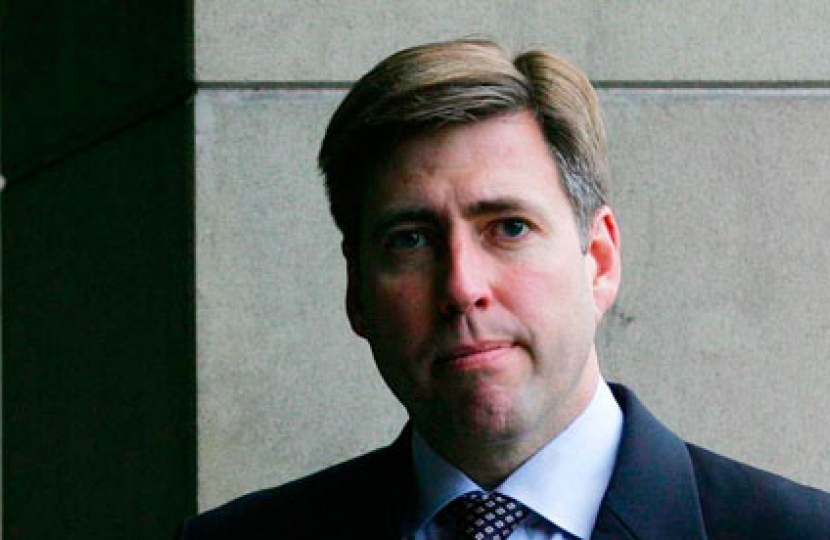 Graham Brady MP gave an interview to The Times, on the subject of the Conservative pledge to renegotiate EU membership and provide the British people with an in/out referendum following the 2015 General Election if there is a majority Conservative government.  You can read his interview in full below:

David Cameron must spell out which powers he intends to win back from Brussels before the European Parliament elections next year, the leader of his party’s backbench MPs has said.

Graham Brady, chairman of the 1922 Committee of Tory backbenchers, said that Mr Cameron must flesh out a “radical renegotiation” before the polls next May, at which the Conservatives face the prospect of a rout by UKIP.

His intervention will put pressure on the Tories’ fragile internal truce over Europe, secured by Mr Cameron’s commitment to hold a referendum on Britain’s membership in 2017.

Mr Brady also made it clear that he has opened discussions with the Prime Minister over coalition negotiations in the event of another hung parliament. He said that Mr Cameron “fully understands and accepts” the need for the party to have a say in any powersharing talks with the Liberal Democrats, but it is his insistence that Mr Cameron starts to lay out his EU negotiating position in the manifesto for the European elections that will cause the most unease in No 10.

So far Mr Cameron has resisted pressure to go into detail about which powers he would demand back, on the ground that it would be unwise to reveal his hand before talks with other leaders.

His silence also helps to keep the peace within the party over the nature of the future relationship with the EU. In a reference to UKIP, Mr Brady said that the low turnout at European elections make them “particularly sensitive for people seeking to use them for a war message” and that the Tories must therefore spell out their position.

“I think we should be very clear about what we want, about renegotiating the EU treaties. We’ve been very clear that the public will have the final say about [whether] what we negotiate is acceptable or not, but I think it’s essential to be up-front and clear and we also need to be really quite radical.

“The irony of all this is that, in my view, if we don’t achieve quite a radical renegotiation of our relationship with the European Union, the likelihood of the British public choosing to leave is much greater.”

Mr Brady resigned over his support for grammar schools in 2007 but was elected by backbench Tory MPs to represent them as chairman of the 1922 Committee. He said that he and Mr Cameron had “regular conversations” and that it would be odd if the subject of future coalitions hadn’t been raised. “I think he fully understands and accepts that should we not win an overall majority that the party would need to be more involved in the decision process”. Mr Cameron is on course to have faced the most rebellious parliament for the past 70 years, but Mr Brady defended the right of MPs to defy the leadership. Increasing demands from constituents that MPs represent their interests is changing the nature of British politics, he said, and governments should respond accordingly.

"There are some inherent tensions in our parliamentary system of government which I think are becoming much harder to reconcile and I think we should see a further movement of the strengthening of parliament. I would like to see, at the very least, some committees have more power and resources to scrutinise what the government does."