Member of Parliament for Altrincham and Sale West Sir Graham Brady has welcomed the news that ministers are to boost the number of police officers nationwide, with Great Manchester’s first year recruitment target set at an extra 347   officers.

The Home Office has confirmed officer recruitment targets for every police force in England and Wales for the first year of a drive to increase their ranks by 20,000 over the next three years.

The Government is providing £750 Million to support forces to recruit up to 6,000 additional officers on to our streets by the end of 20-21.

Sir Graham Brady said: ‘This is something I have been pushing for, for some time. I am delighted that the Home Secretary is to boost police numbers in our area. An extra 347 officers on the streets will provide valuable reassurance for my constituents and make a real impact on crime.’

‘the public are clear they want to see more police officers on their streets, whether they live in the city or the countryside. This is the people’s priority and it is exactly what the Government is delivering. Every single police force in England and Wales will be able to recruit additional officers this year to keep all our communities safer.’

John Apter, National Chair of the Police Federation of England and Wales said:

‘investment in policing is long overdue and for the first time we now have the actual number of officers each local force will increase by in the next year. We now need to ensure that the formula is revisited for future years to ensure a fairer allocation of officers across all forces, but this is certainly a positive start.’

We're Investing in Infrastructure across our Country

When we came to office we promised to unite and level up, spreading opportunity across the whole United Kingdom. 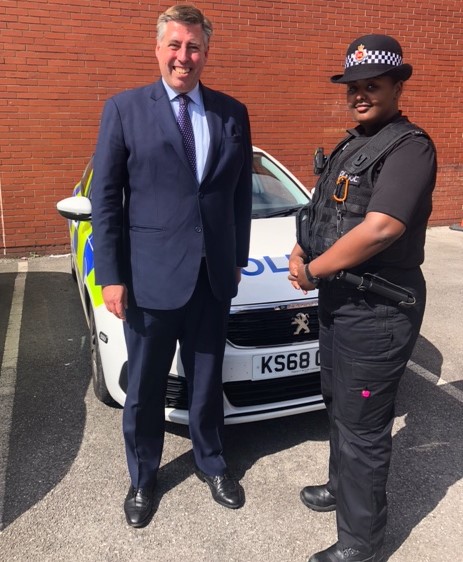