Together with 120 Northern leaders, Sir Graham Brady is taking the issue of the environment straight to the heart of Government, as he writes to the Prime Minister asking for his support and commitment to grow the Northern Forest.

More than 120 cross-party northern leaders and MPs are supporting the growth of the Northern Forest.  The Forest will see 50 million trees planted over the next 25 years in the North of England by the Woodland Trust and their partners, with more than 600,000 already in the ground. The forest will span 120 miles, connecting the towns and cities of Liverpool, Manchester and Lancaster to the West and Sheffield, Leeds and Hull to the East, benefiting 13 million residents and generating £2.5 billion in social, economic, and environmental benefits. The MPs have extended an invitation to the Prime Minister to visit the North to plant a tree as part of the Northern Forest

‘I’m proud to be associated with this exciting project: The Northern Forest is an initiative of international significance. We will see millions of new trees planted, bringing economic and environmental benefits for our region. I am delighted at the ambition of these plans.’

"The Northern Forest represents the green lungs of the Northern Powerhouse. This pioneering project spearheaded by the Woodland Trust and the Community Forests, will deliver millions of new trees planted, and billions of pounds worth of economic, social and environmental benefits to the region. If we are to tackle the climate and biodiversity crises the world faces, internationally significant projects like the Northern Forest must be at the forefront of bold, ambitious domestic thinking."

Notes: More than 120 cross-party Members of Parliament and Council Leaders, as well as Metro Mayors Andy Burnham and Steve Rotherham, MPs Rosie Cooper and Sir Graham Brady and Leaders Susan Hinchcliffe and Louise Gittins have signed a letter to the Prime Minister.

Currently, only 7.6% of the North of England is covered by woodland, considerably lower than the 10% national average This is at the detriment of resident’s quality of life, but also to wildlife and their natural habitats.

Member of Parliament for Altrincham and Sale West 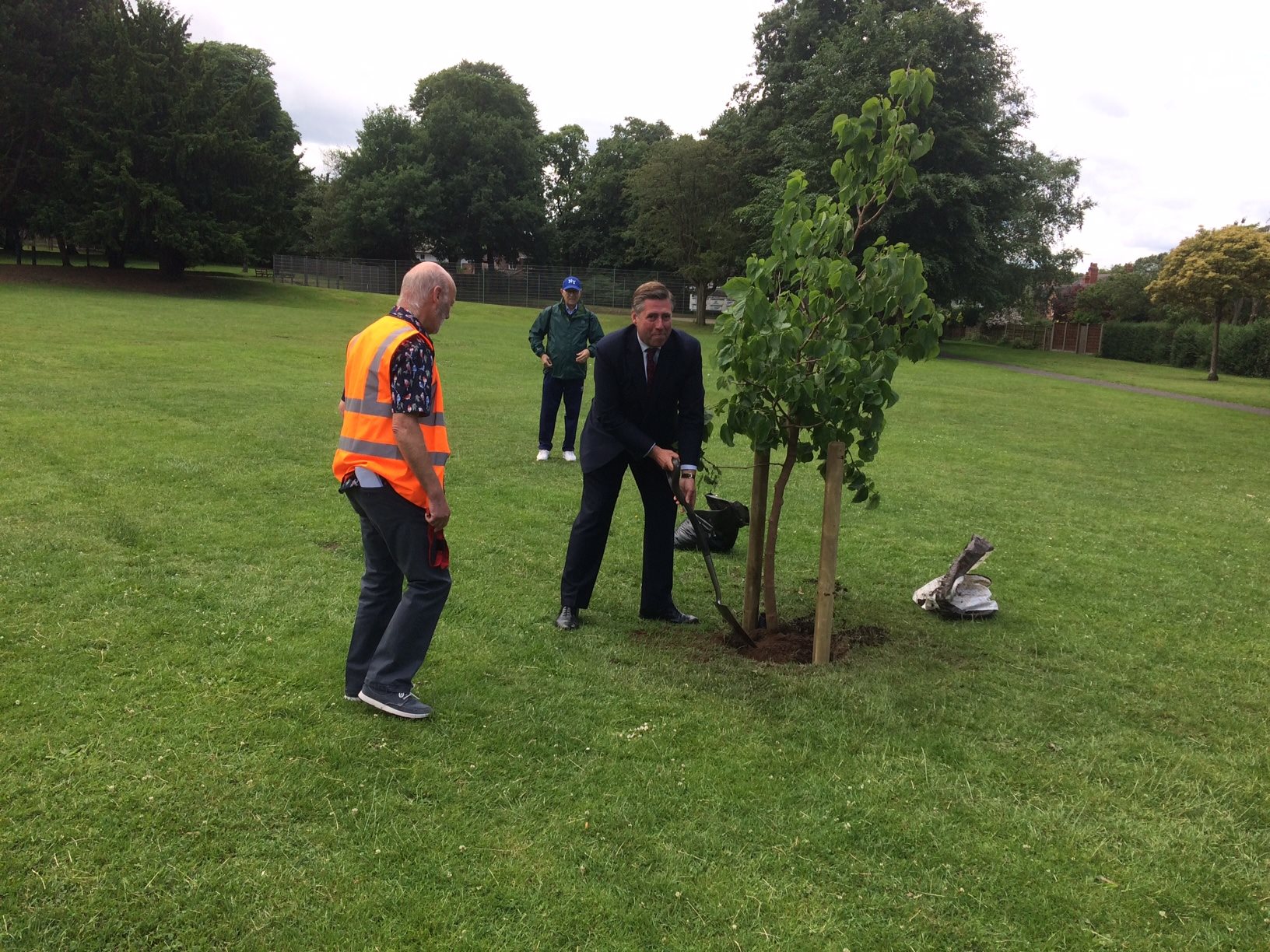